A Modest First Step, But Not the Last 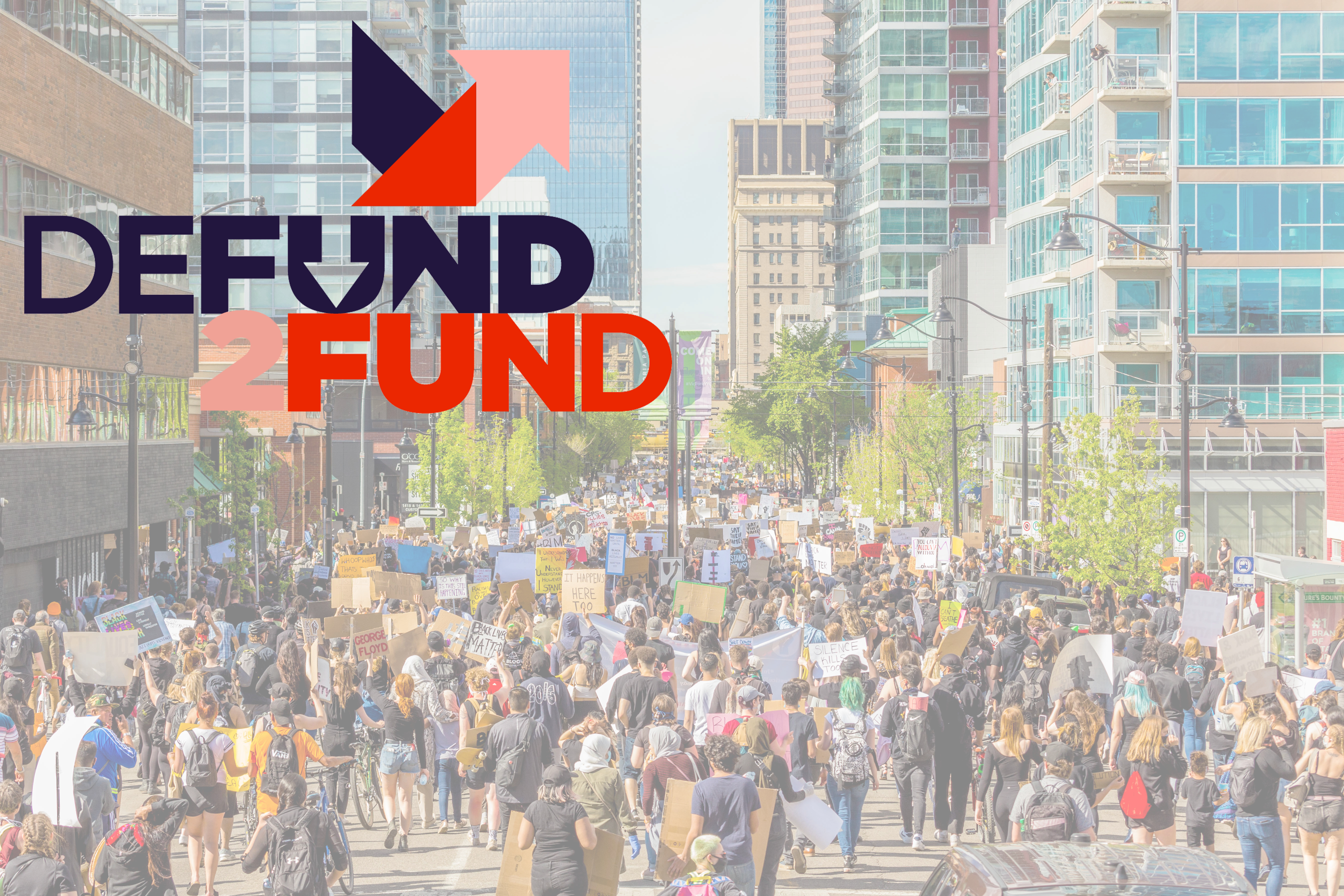 After weeks of advocacy by the Defund2Fund Coalition, Calgary City Council is beginning to take defunding the Calgary Police Service (CPS) and reinvesting in our communities seriously. But how seriously?

We view Councillor Woolley’s motion for a 5% reduction to the CPS budget to be a modest first step to rebuild trust. This proposed reduction and reallocation of funds to communities will begin to rectify systemic barriers in the lives of Black, Indigenous, other racialized communities and 2SLGBTQ+ people. We call on Calgary City Council to pass this motion and do more to support our communities.

There is Massive Support For Reallocating Police Funding to Communities 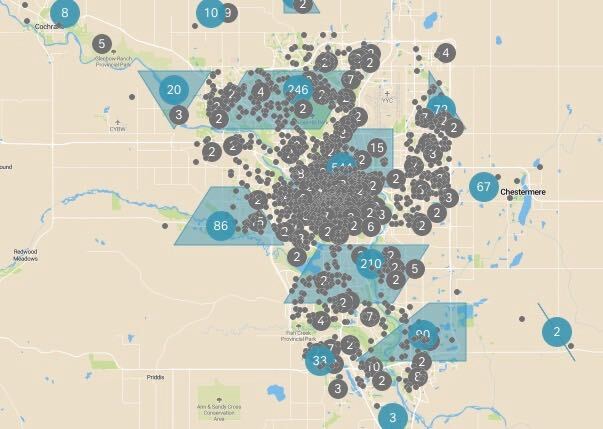 The Defund2Fund Coalition is a diverse collection of Calgarians—made up of Black, Indigenous, People of Colour, Non-People of Colour and 2SLGBTQ+ organizations and individuals—who share a vision of a more resilient, more humane Calgary. We have approximately 15 groups and nearly 2,000 Calgarians who support a reduction of the CPS budget by 30%, to be reallocated throughout our communities. We have published detailed research on why we must defund the police and fund our communities now:

Council Must Show Us Their Math

In September 2020, the CPS confirmed that it supports "reallocating resources from [its] existing budget to work with community partners to develop alternative ways to respond to Calgarians in crisis". The CPS did not confirm how much of their budget was proposed for reallocation and when.

The Motion confirms that approximately 2.5% of the CPS budget could be reallocated to communities during the November 2020 budget discussions. Why is Calgary City Council proposing this number? What is the rationale? We have published eight articles explaining our call for a 30% reduction to the CPS budget. Surely organizations with thousands of staff like the City of Calgary and the CPS can explain how they arrived at a 2.5% reduction. 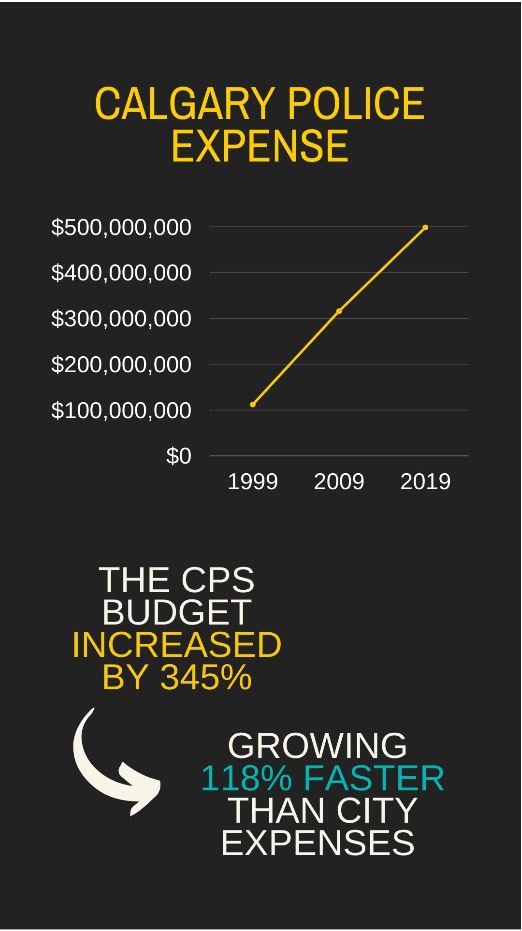 Municipal funding for Calgary Police Services increased in 13 of the last 14 years. The CPS budget increased 118% faster than City expenses over this period.

In her comments to the Calgary Herald, Councillor Gondek referred to a confidential police budget submission. We have not been consulted on this submission and call on CPS to release this secret document without delay. In September 2020, CPS committed to Calgarians to “work with the community to develop solutions” and that “Citizen feedback needs to be encouraged and reflected in the actions that CPS takes”. CPS is breaking these promises, only one month later, if it refuses to engage regarding its secret budget submissions.

The Defund2Fund Coalition requests to meet with CPS regarding their budget submission as soon as possible.

Council and the CPS Must Keep Their Promises this November 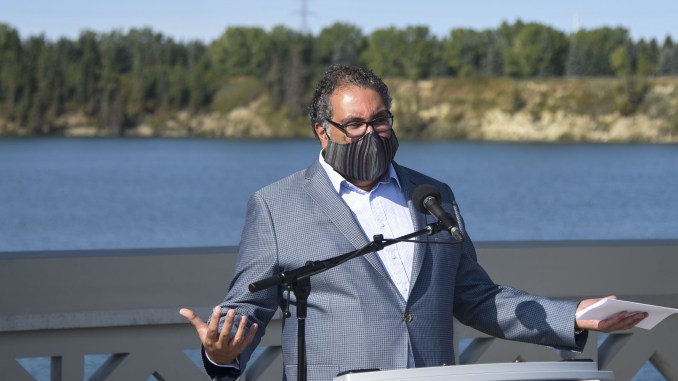 Calgary Mayor Naheed Nenshi agrees that the CPS budget should be reduced and suggested that these funds could be reallocated to mental health response and fighting institutional racism. In September,  Mayor Nenshi said:

These remarks are consistent with the commitments that CPS made to Council in September.

We agree with the above promises and call for action in the November 2020 budget discussions. A 2.5% reduction will help some, but it is not enough to realize the vision of Calgary that Is safe for every member of our community, regardless of race, ethnicity, culture, or creed. Approximately 30% of CPS’ calls involve vulnerable persons (i.e. individuals experiencing homelessness, mental health challenges, etc.), based on CPS’ own data.  A 2.5% reduction means that 27.5% of CPS calls will still be in response to community and mental health related incidents that police are not equipped to handle.  2.5% is a start, but it is still short of the goal.

The Defund2Fund Coalition has the support of thousands of Calgarians and is getting stronger each day. We are here for the long haul. We will keep fighting to rectify systemic barriers in the financial capacity of Black, Indigenous, other racialized communities and 2SLGBTQ+ people. We call on Calgarians to mobilize for the November budget discussions and demand the reallocation of police resources to our communities.