Does the Calgary Police Service think Calgarians are the enemy? 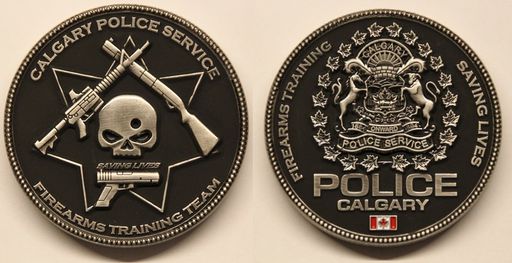 The image above features a souvenir that may very well have been in the pocket of the last police officer that you passed on the street. This “challenge coin” features a skull with a bullet hole in its forehead, alongside a rifle, shotgun and handgun. The words “saving lives” and “firearms training” adorn the coin, alongside the Calgary Police Service logo. This coin has circulated amongst CPS members for over a decade.

If you find this image disturbing, you are not alone. After public outcry, the Calgary Police Service (CPS) has only recently prohibited its distribution. We’re not aware of any consequences for the CPS members who designed and distributed this coin.

Challenge coins are designed and purchased by police service members. What are essentially internally-distributed merit badges, the imagery they feature can range from innocuous to downright disturbing. 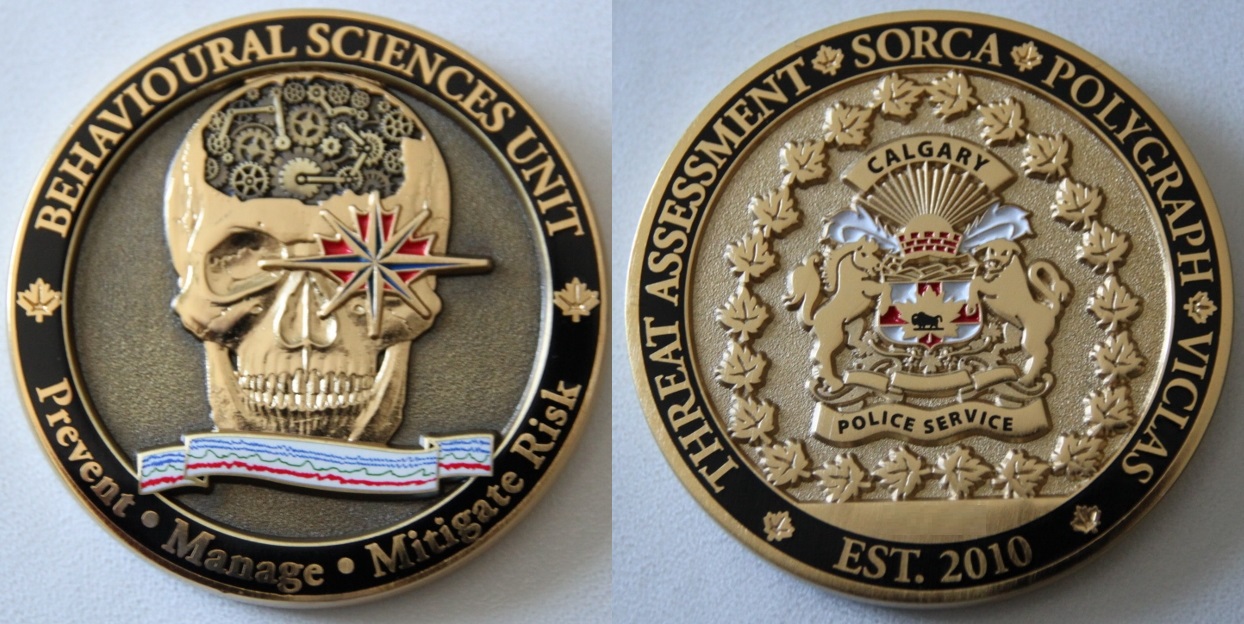 These merit badges tell us something about how members of the Calgary Police Service think of themselves and the city they police, unfiltered from the CPS’s communications and press team. In this case, what concerns us is the idea that putting a bullet through someone’s skull somehow saves lives, and is in fact what CPS members are trained to do.

It is uncertain how these merit badges should make Calgarians feel safe.

The metaphors and images the CPS use to understand themselves and their relationship to Calgarians matters. The CPS’ independent Use of Force report warned that the “warrior” metaphor used by some agencies contributes to a culture of “warrior cops,” leading to the “perception of an occupying force, detached and separated from the community, missing opportunities to build trust and confidence.” 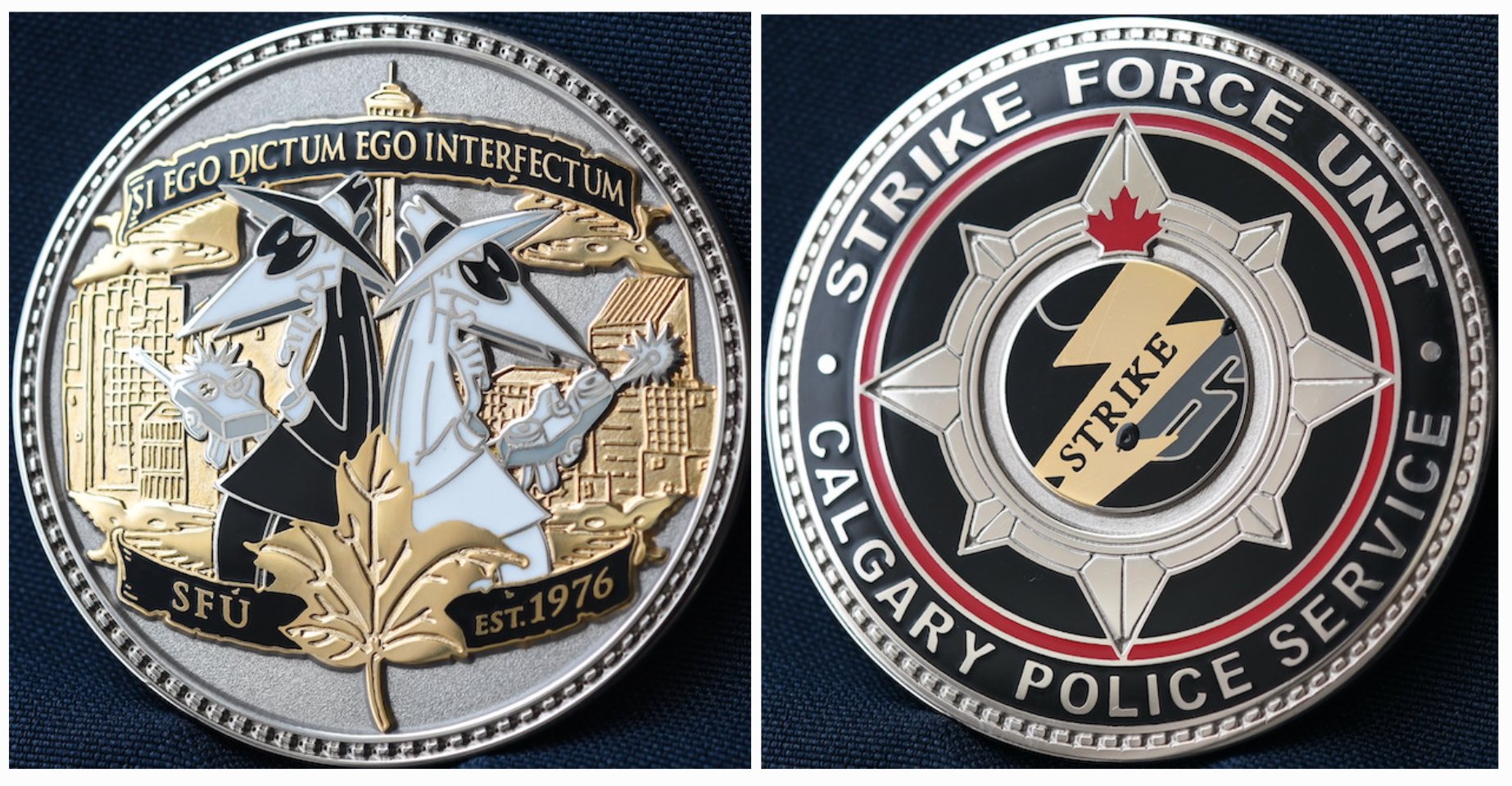 “Si ego dictum ego interfectum” is Latin for “If I tell you I'll have to kill you.”

Another often-used metaphor is that of sheep and sheepdogs. Here, members of the public are seen as “sheep,” police as “sheepdogs” protecting hapless sheep from wolves (criminals). This leads to members of the public being seen as stupid and unaware of existing threats, with sheepdogs (police) as predators, constantly keeping the sheep (the public) in line, perpetually fearful and distrustful.

The CPS has rebranded its cars from white and blue to black and white, leading one city councillor to point out their resemblance to “paramilitary-looking tricked-out black things.” During Stampede, Calgary police wear black hats, perhaps unaware that in Westerns, black-hats are villains. 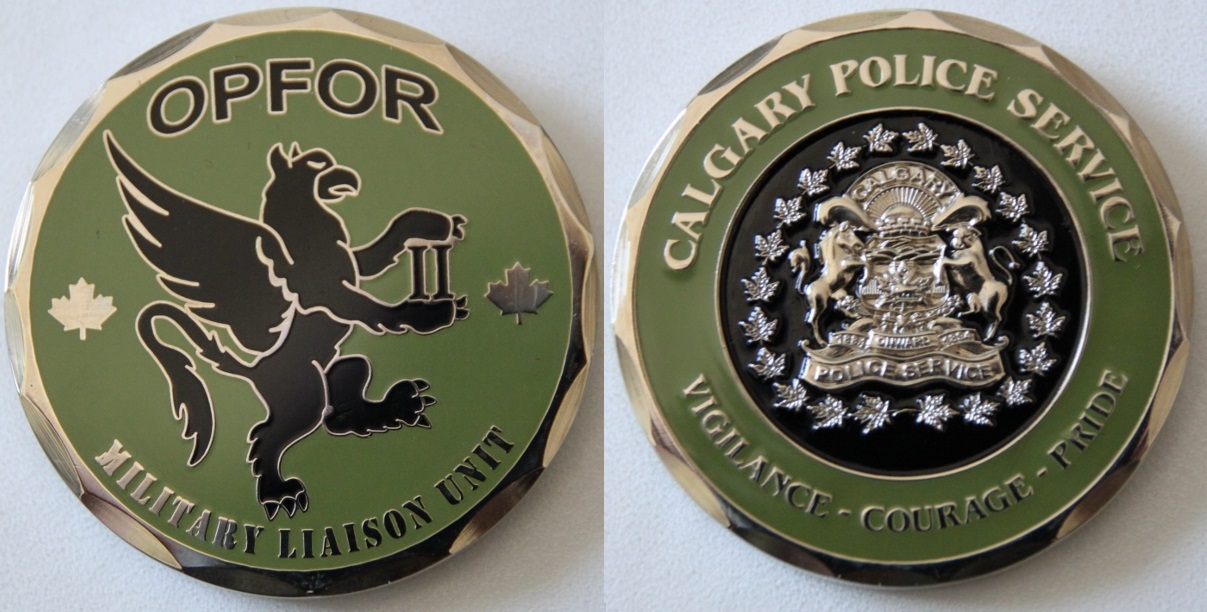 Most recently, the CPS recently unveiled one of two new helicopters, the $5.5-million Airbus H125. Calgary’s police helicopters fly over our city 24/7, and last year they responded to 4,887 calls.

Alongside these new black helicopters in the sky is CPS’ new armoured vehicle, purchased in 2019, which cost over $500,000. A Cambli Thunder 2 Tactical Armored Truck, it includes a 6m battering ram and an open top turret with a standard weapon NATO mount which can be armed with a machine gun up to 12.7mm caliber. 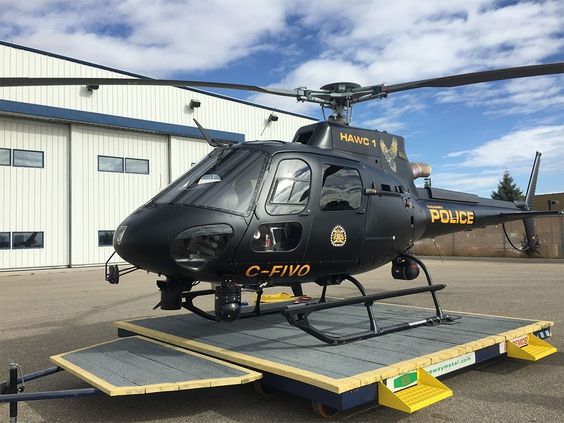 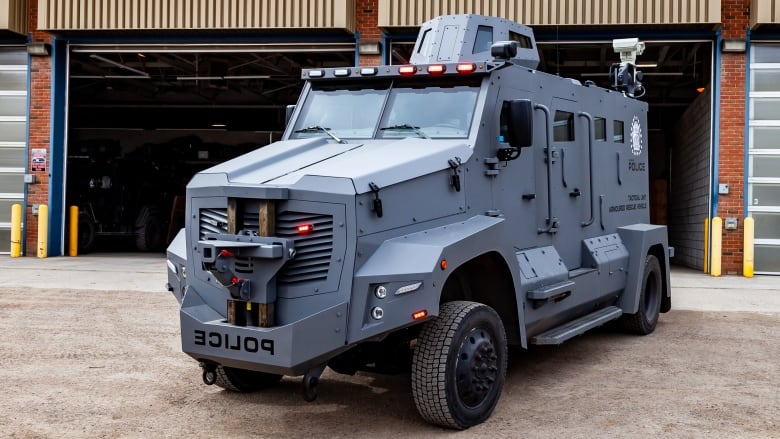 How does the Calgary Police think of Calgarians from behind a roof-mounted armored turret, or from 2000 feet up? Are they warriors playing the role of an occupying force? Are they sheepdogs, keeping sheep in line and ready to attack any wolves?

Police come into our communities riding in military vehicles decked out for war, while carrying dehumanizing trinkets celebrating their ability to destroy our lives with the squeeze of a trigger. Clearly there is a culture of violence within the CPS that must be addressed. This can be done most effectively by reallocating the funds they currently use —to play the role of an occupying force— to instead support community initiatives that support Calgarians in need and reduce crime through community support. 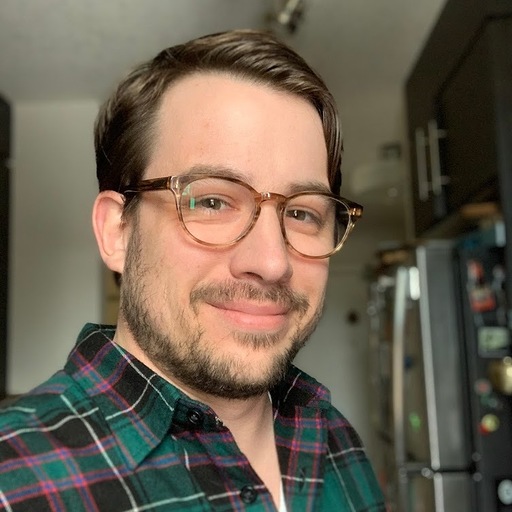 Joël Laforest is a writer, researcher, and podcast producer based in Calgary, Alberta.