We Fought and We Won 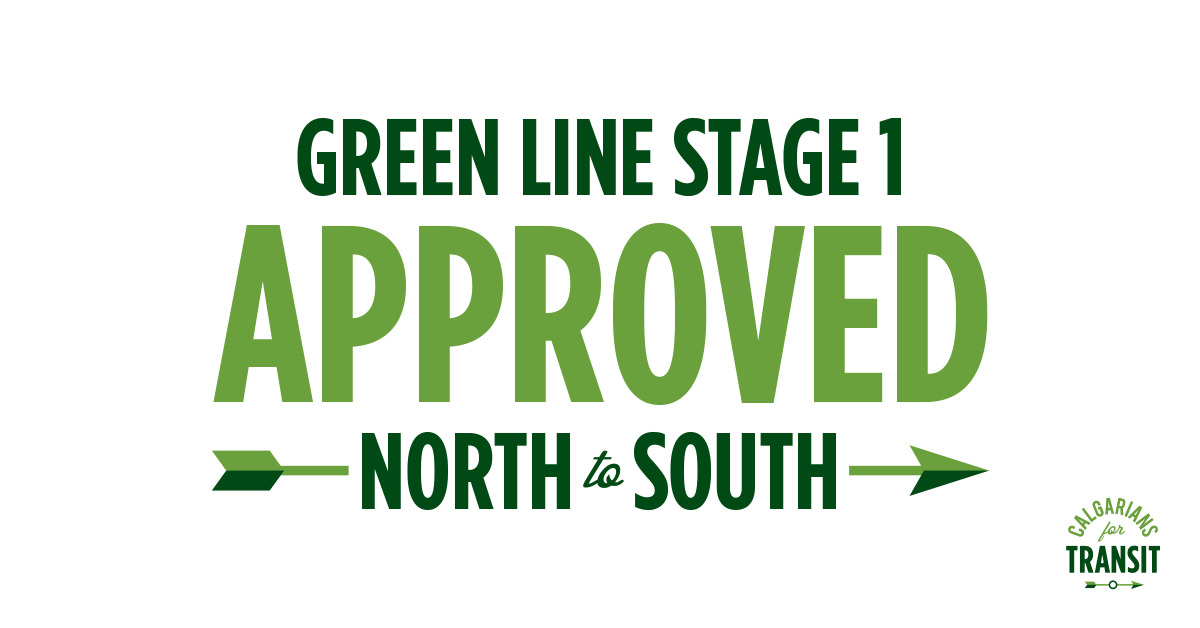 Victory for Calgarians from North to South

On a historic day, Calgary City Council has voted to approve the updated Stage 1 Green Line alignment with LRT from 16 Ave North to Shepard in the Southeast following an outpouring of support for the project from Calgarians across the city. The vote marks a triumph for Calgarians, who overwhelmingly support building the Green Line LRT from 16 Avenue North to Shepard in the Southeast, over Green Line opponents who fought to gut the project.

A Groundswell of Support 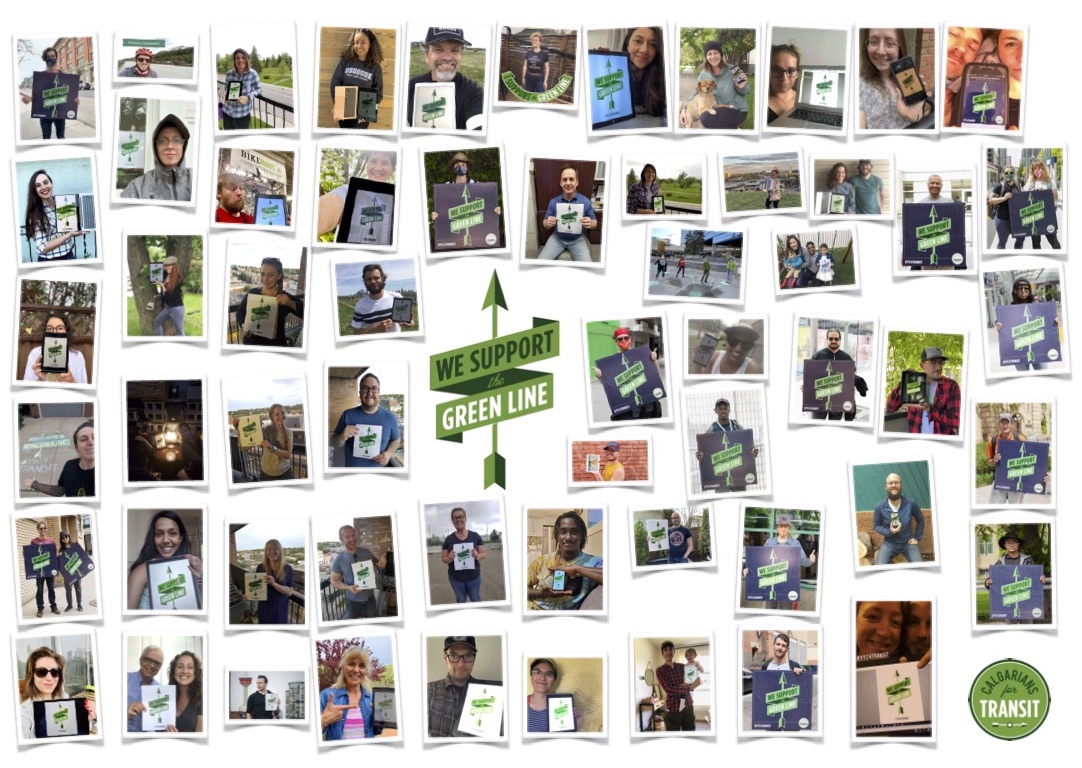 Over the last month, over 1,500 Calgarians signed our petition in support of the Green Line, dozens posted Selfies-of-Support using our #YYC4Transit DIY Toolkit, and more than 200 Calgarians flooded the inboxes of City Council with emails of support for the project.

Jeff Davison Couldn’t Convince Anyone, Including Jeff Davison, to Vote for His Plan to Gut the Green Line and Delay LRT to the North 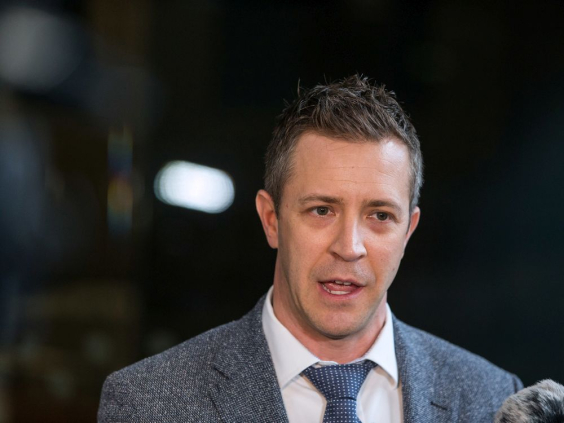 Councillor Jeff Davison, whose ward is already served by LRT, led a group of City Councillors in an 11th hour pitch to kill LRT to the North. (Source: Calgary Herald)

After years of thoughtful planning and public engagement involving the input from tens of thousands of Calgarians to arrive at the updated Stage 1 alignment, Councillor Jeff Davison capitulated to the demands of a small, special interest group and announced a surprise 11th hour pitch to gut the Green Line and jeopardize the future of LRT to North Central communities on Centre Street.

Calgarians rejected their half-baked idea to cut the north portion of the Green Line and ultimately, even Councillor Jeff Davison bowed to public pressure and today he voted against his own plan.

Construction of the Green Line Updated Stage 1 Alignment will create 20,000 jobs, leveraging $3 billion in investment from the federal and provincial governments, build 15 new stations on 20km of track between 16 Avenue North and Shepard in the Southeast of Calgary. This city-shaping project will lay the foundation for lower-cost future extensions to extend the line both further north and south and connect more Calgarians with convenient, rapid transit to the city. 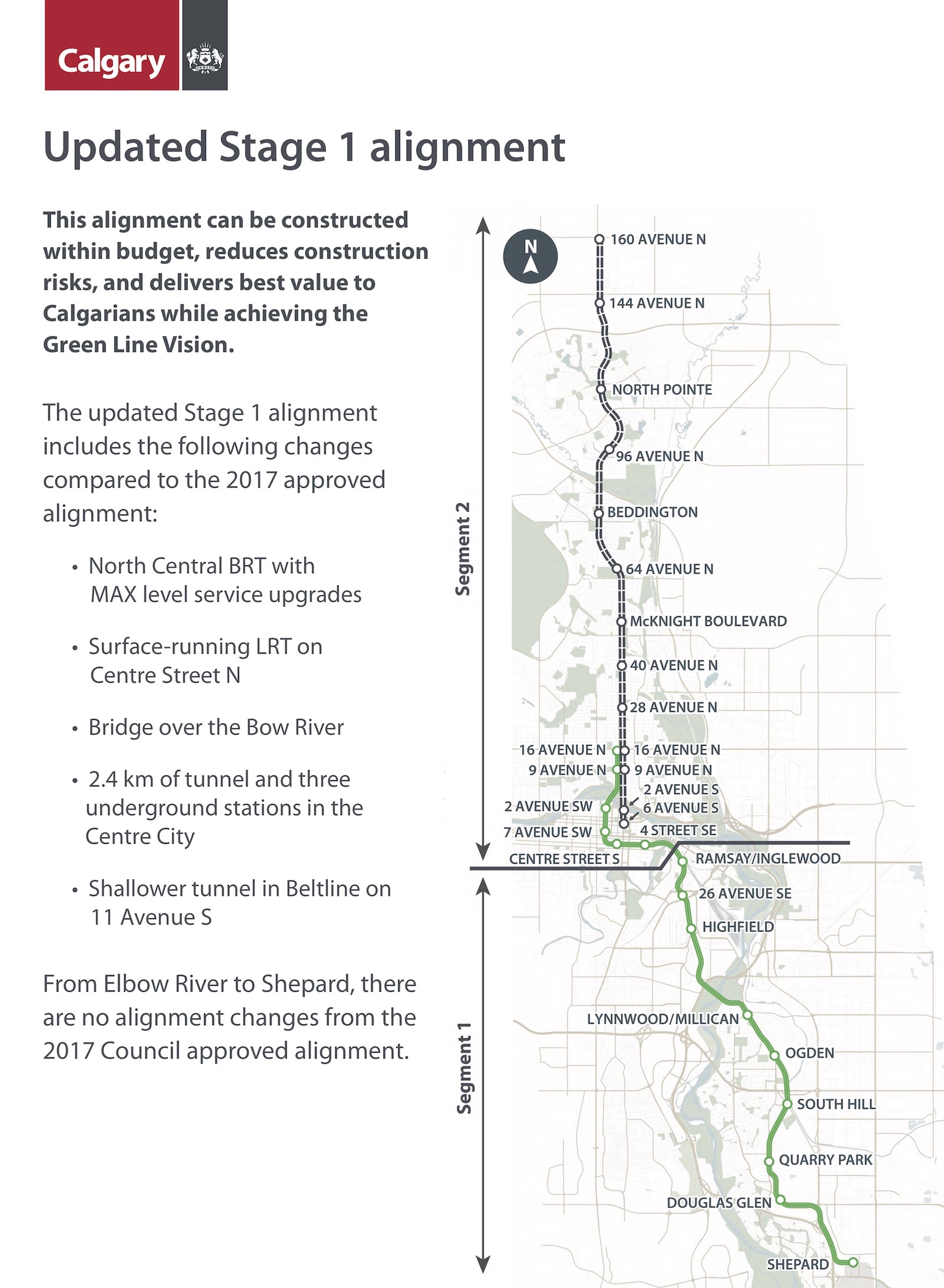 To all the Calgarians who took the time to advocate for the future of our city, and to see beyond the fear mongering of Green Line opponents. The city holds a brighter, more promising future because of your willingness to speak up and get involved.

To all the City Councillors who have stayed focused on the vision and worked to help make the Green Line a success to this day.

To all the City Staff who have worked tirelessly to advance the Green Line project over the years and who will see the project through to construction and completion in the years ahead.

And thanks to you: the 1,500 Calgarians who signed our petition, to the 200+ emails we generated to council, to our 40+ volunteers. We fought against a well-funded anti-transit group and won. 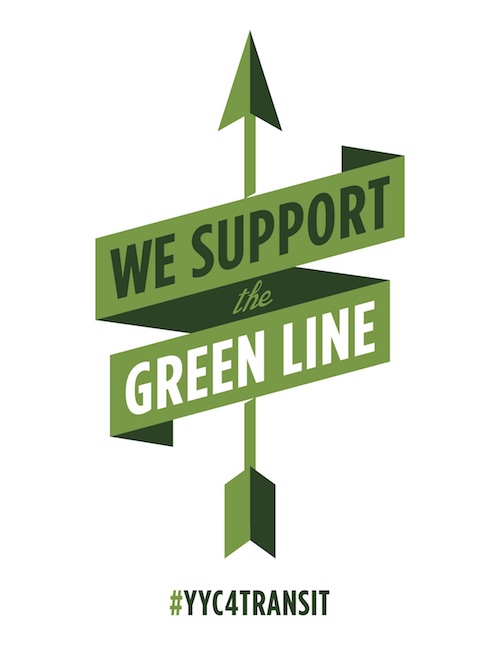