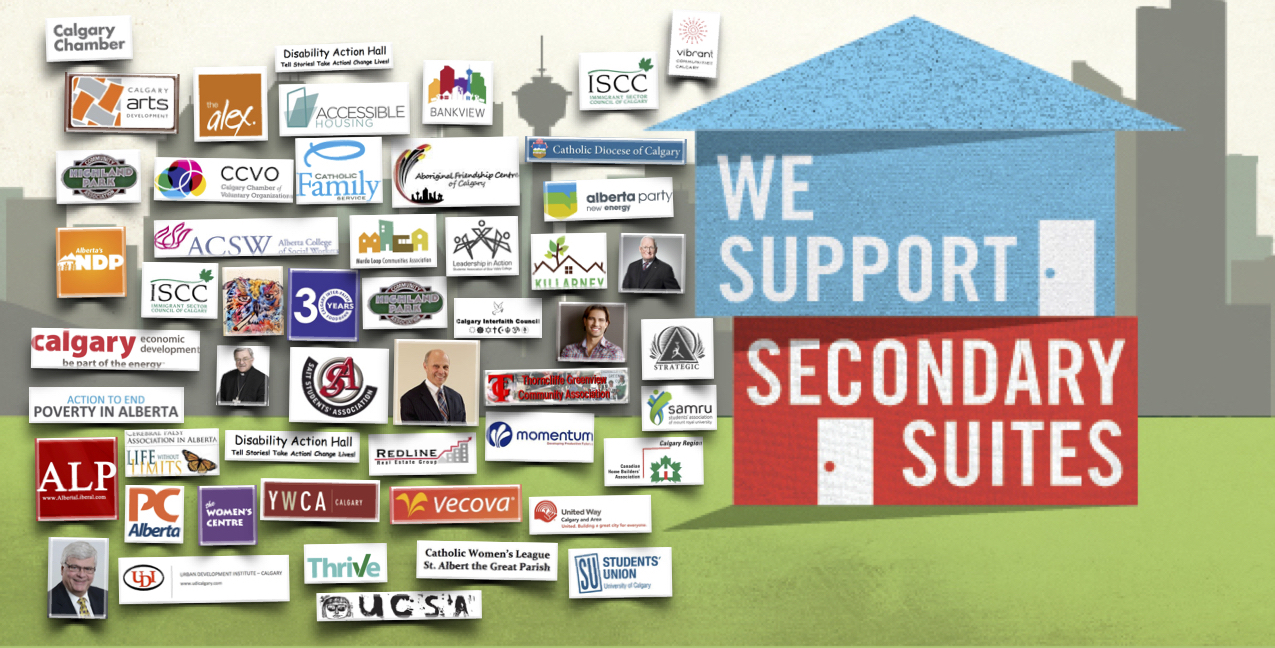 Calgarians for Secondary Suites is a grassroots group dedicated to increasing the amount of legal secondary suites in Calgary.

Since September 1, 2014, we have engaged Calgarians regarding Council’s current practice of considering individual suite applications one by one. The evidence is clear. There is unquestionable support from Calgarians for a better secondary suites process.

We identified more than 3,000 unique constituents from across the City who have either wrote a letter to City Council or signed our petition in support of secondary suites.

In addition, we received endorsements for Council action on secondary suites from more than 50 leading civic leaders, community organizations and businesses.

In the hundreds of letters sent to City Council, constituents have stressed the major benefits of secondary suites as a safe and market-driven solution for the housing affordability and availability crisis in Calgary.  More housing is needed now in order for Calgary’s economy to thrive and to compete for world-class talent. All other major Canadian municipalities permit secondary suites in all residential neighbourhoods.

On behalf of the thousands of identified supporters of secondary suites across the city, we ask Calgary City Council to support secondary suite reform.