PETITION: Stop Jason Kenney and the UCP from capitulating to anti-vaxx protestors and axing the successful Restriction Exemption Program (REP) 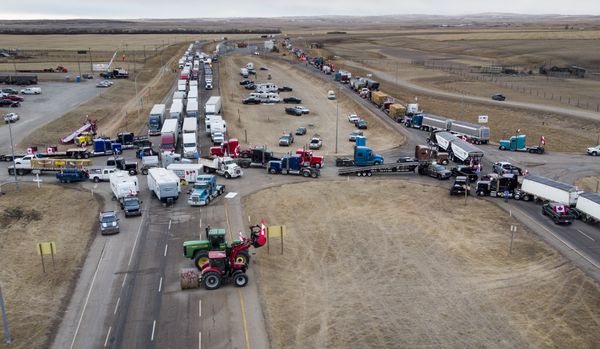 Kenney and the UCP are preparing to capitulate to anti-vaxx protestors illegally blockading Alberta’s only US border crossing. (Image source: Globe and Mail)

Rural anti-vaxxer UCP MLAs are taking control of the UCP caucus and are calling the shots as the Premier of Alberta desperately struggles to hold onto leadership of the UCP. Rural UCP MLAs appear to be negotiating directly with the anti-vaxx protestors blockading Alberta’s only US border crossing in exchange for the immediate removal of public health measures, including the Restrictions Exemption Program (REP). The UCP caucus is expected to make a decision on the REP Monday and the Calgary MLAs, who claim to support the REP, hold the balance of power.

According to the Ottawa Police, ‘significant’ foreign funding has been directed towards the illegal occupation of the nation’s capital led by known white supramcist hate groups.

Even with the more infectious Omicron variant, vaccines remain our best defence against overburdening our hospitals and healthcare system.  The proof is in the numbers. The unvaccinated have been hospitalized at a rate 5.4 times that of the double-vaccinated and 11.2 times higher than the triple-vaccinated. 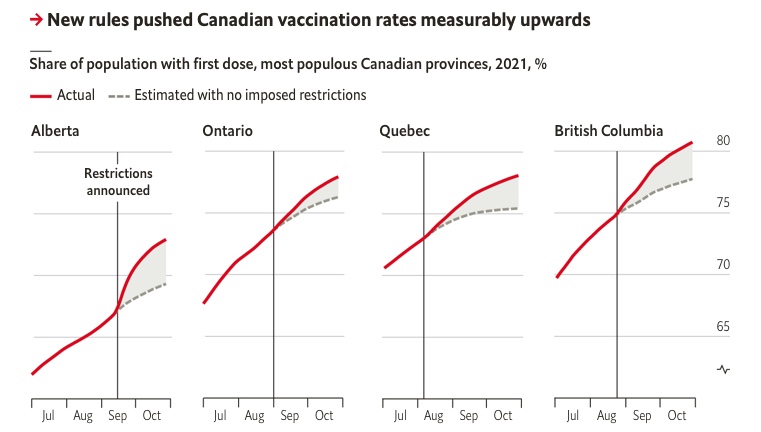 Studies of the vaccine mandates implemented in Canada and Europe demonstrate that the mandates work. The week after vaccine requirements were announced in provinces across Canada, first-dose vaccinations increased by 42% over the previous week; and by 71% over two weeks. Researchers estimated that 287,000 more people in these provinces were vaccinated within six weeks as a result. Permitting unvaccinated Albertans without recent negative COVID tests to gather indoors at bars and restaurants will result in increased risks to public health and local businesses.

Albertans are dying needlessly under the UCP’s gross negligence 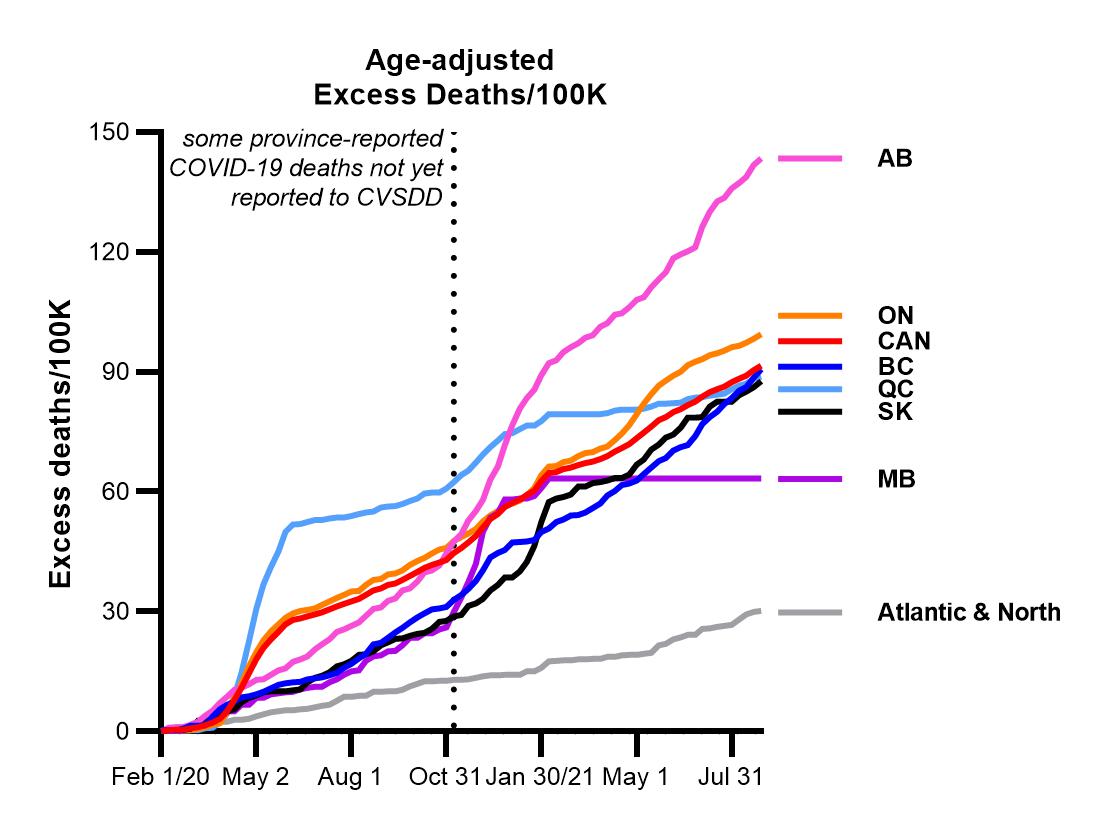 Since the start of Omicron, Alberta has experienced by far the most excess deaths of any other provinces. (Source: The Calgary Herald)

The UCP’s disastrous mismanagement of the pandemic is once again forcing Alberta hospitals to cancel critical surgeries. The backlog in surgeries was already over 80,000 people as of December, meaning that thousands of people who are waiting for life saving surgery may die waiting and suffer unnecessarily. This week, Red Deer Hospital was so full they were diverting all new patients to Calgary, with the exception of only “life and limb” emergency surgeries.

"Let it rip" is not an acceptable public health strategy

Allowing the virus to rip uncontrolled through the population would generate new mutations even faster. In Denmark, where the newer Omicron BA.2 is now spreading widely, people who were infected with the original BA.1 Omicron are already being reinfected with BA.2.

We call on the Alberta Government to immediately implement effective public health measures to protect Albertans against the Omicron variant.

Note: The name and first three characters of the postal code of the persons who sign this petition may be made available to the public if the petition is presented to the Alberta Government.

Email subscription preferences on next page.