Why is Farkas hiding his Manning Centre connections? 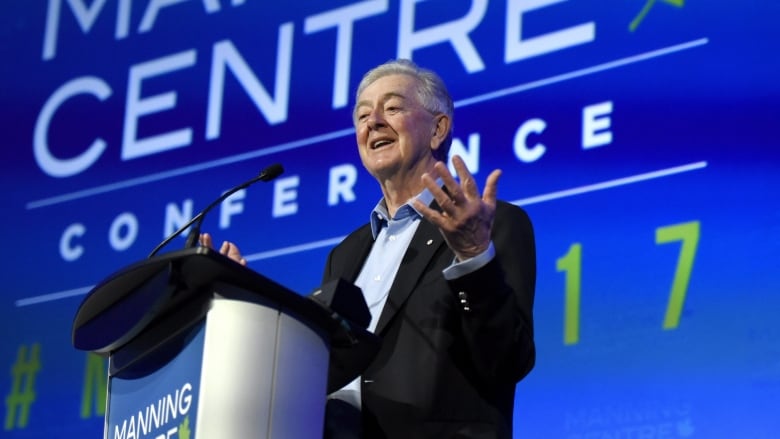 Preston Manning is the founder of the Manning Centre whose past activities may not sit well with Calgarians. (Source: CBC)

Last week, details of a private fundraiser for mayoral candidate Jeromy Farkas at the Petroleum Club hosted by Preston Manning, the former leader of the Reform Party, were leaked to the public. Preston Manning is also the founder of the Manning Centre, a political action committee (PAC) based in Calgary.

Before being elected to City Council as a politician in 2017, Jeromy worked at the Manning Centre PAC. While Farkas’ years of involvement with the controversial PAC are unmentioned on his campaign website, the Manning Centre and Preston Manning were referenced in a leaked video that revealed alleged plans with suburban developers to raise $1.1-million to elect a suburban developer-friendly slate of candidates in Calgary's 2013 municipal election. But many may be unaware of some of the other past actions of the Manning Centre that might not sit so well with Calgarians. 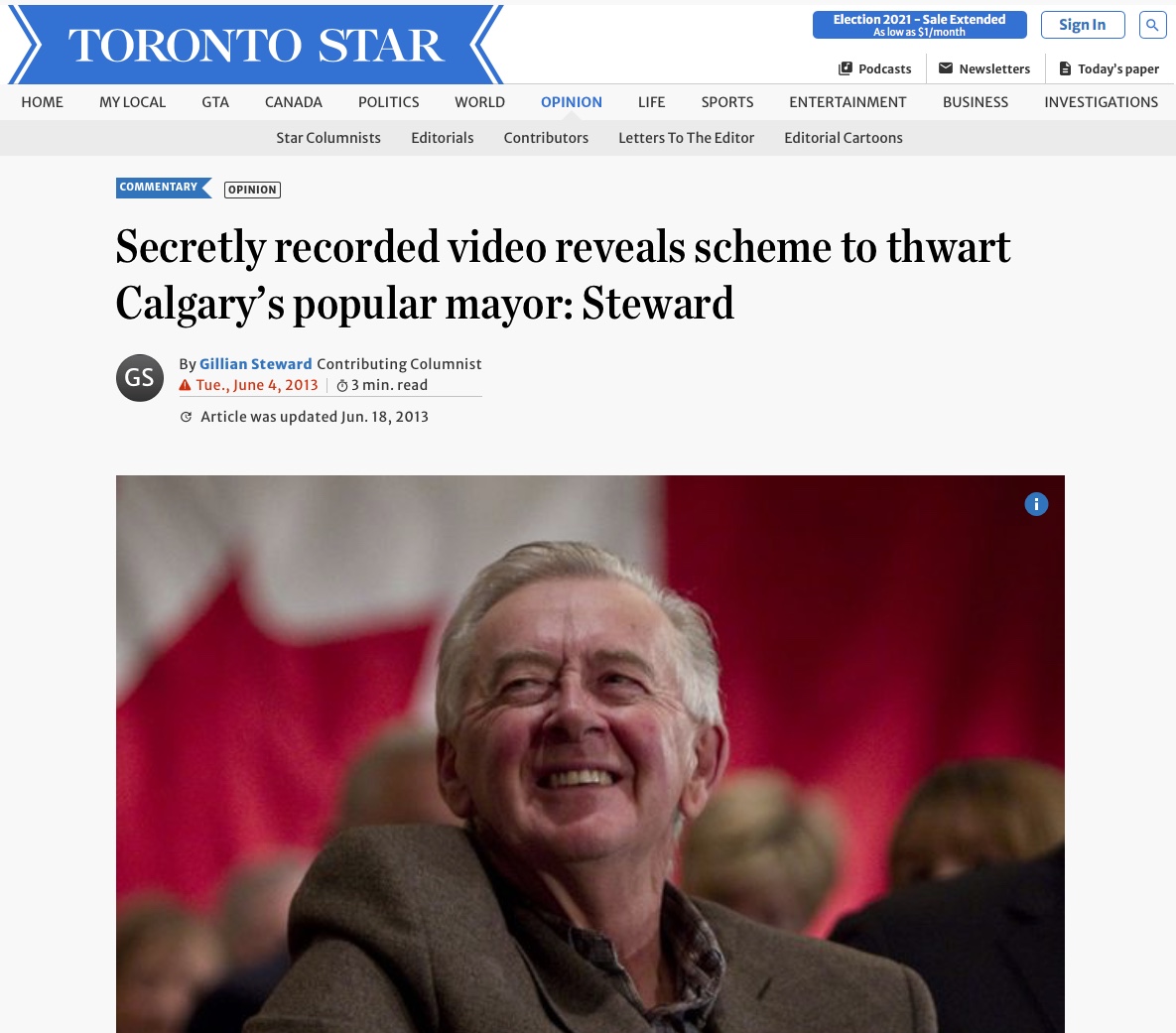 Manning Centre was referenced in the alleged scheme to raise $1.1-million to elect a suburban developer-friendly slate of candidates in Calgary's 2013 municipal election. (Source: Toronto Star)

In 2017, even conservative national columnist Andrew Coyne was sounding the alarm about the Manning Centre’s “obsession” with right-wing populists, stating that the PAC was “clearly less interested in resisting the populist wave than riding it.” On January 29, 2017, six people were killed in the Quebec City mosque attack in an horrendous act of Islamophobia and racism in Canada. Just days later, the Manning Centre was advertising speaker sessions on the “Rising threat of Radical Islam” at it’s February conference. 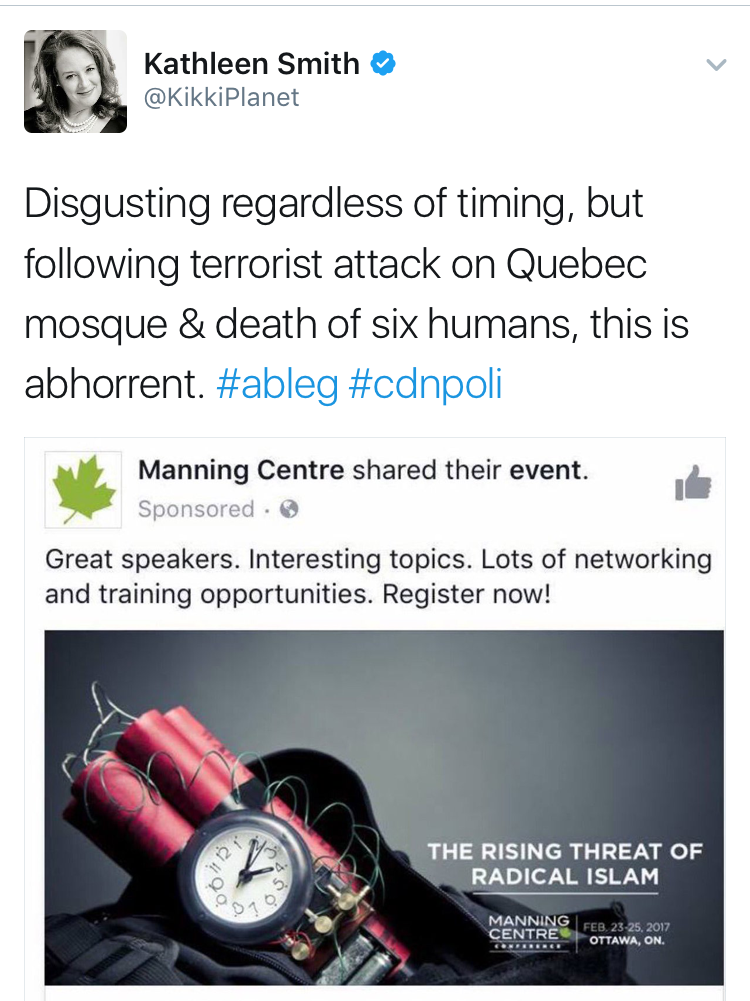 The Manning Centre has hosted multiple sessions on “Islamist extremism” at its annual conferences. (Source: Twitter) 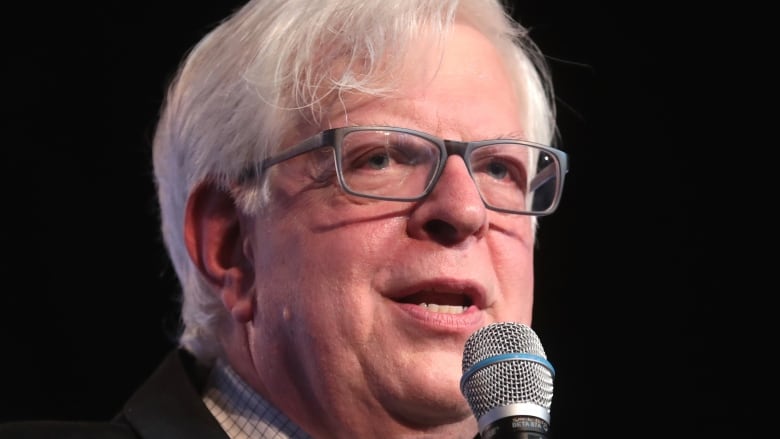 In 2020, the Manning Centre hosted a conference in Calgary featuring the controversial radio host Dennis Prager as its keynote speaker. Prager had recently complained on his radio show that “the left has made it "impossible" to say the N-word any longer.”

What kind of mayor do Calgarians really want for our city?

Farkas’ history of work at the Manning Centre and his apparent acceptance of support from its founder towards his mayoral election campaign should leave Calgarians with a very important question in the lead up to the October 18th municipal election: what kind of mayor do we really want for this city?