Would you hire someone without any apparent private-sector job experience to run a $4-billion dollar organization?

Jeromy Farkas could be Calgary's next mayor after the upcoming election on October 18th. But other than his last four years as a politician, his campaign website makes no mention of any previous job experience.

All Calgarians should have the right to see each candidate's credentials before making a decision on who to elect for Calgary's top job so Project Calgary pieced together Jeromy Farkas' résumé based on the information publicly available. 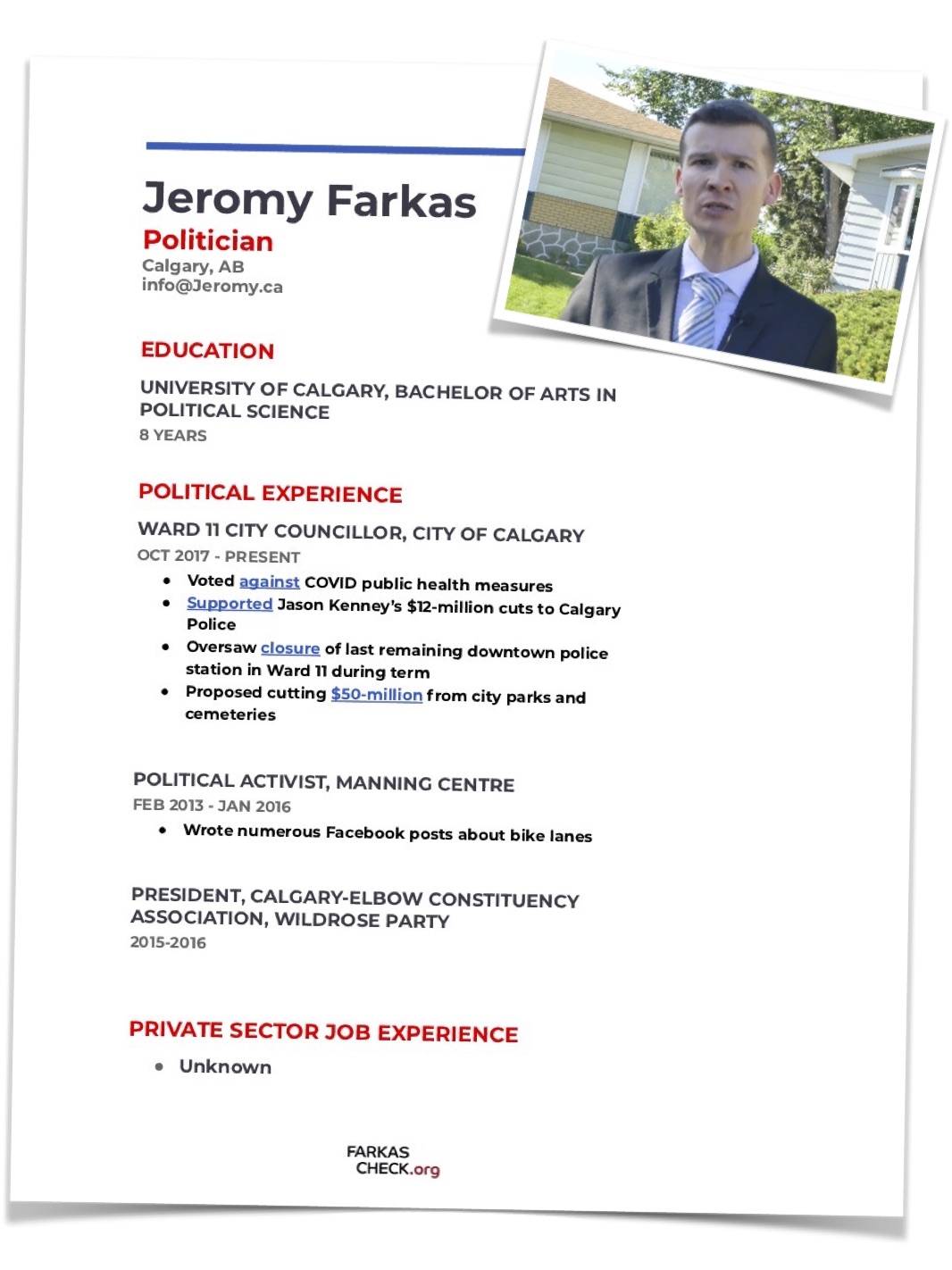 The City of Calgary operates on an annual budget of over $4-billion with over 13,000 employees delivering services including police and fire, roads, transit, parks and recreation to over 1.3-million Calgarians. Would you hire someone without any apparent private-sector job experience to run an organization of this scale with over a million customers?